I went to a “mini maker Faire” in Reston mostly as an exhibitor (on telescope making, hence the home made scopes) but also had a bit of time to visit with other “makers” before the gates opened.

The silly little ears are from a gizmo that was supposed to read and interpret brain waves … either my head was too thick or I broke the gizmo or I am dead: It couldn’t read my brain waves.

It was fun, and I talked to a lot of very interesting people. I regret that I didn’t take Jeff Guerber up on his offer to staff my tables while I went and looked at the other exhibits. Two entire, enormous, modern NoVa public schools (a MS and a HS) were filled with exhibits on all kinds of crafts. Lots of 3D printers, physics stuff, including jugglers in my hall. I have no idea what was in the other ones!

I met a high school girl who had a T-shirt proclaiming her desire to become a mason. She told me she was well aware that there were very few (if any) female masons. I applaud her goal and hope she is successful! 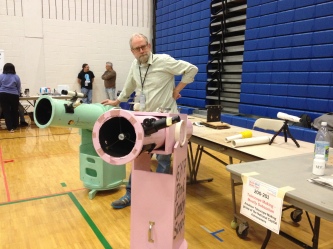 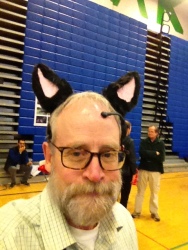 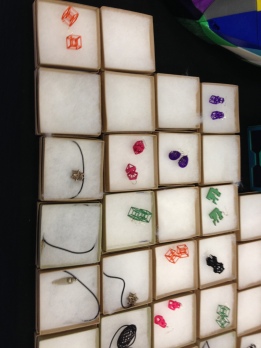 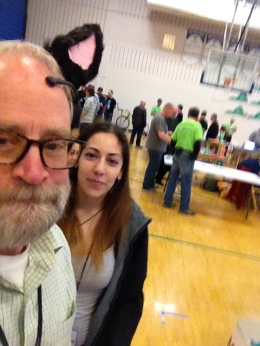 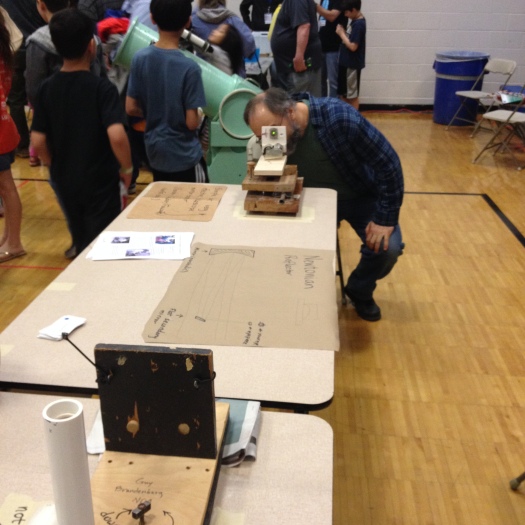